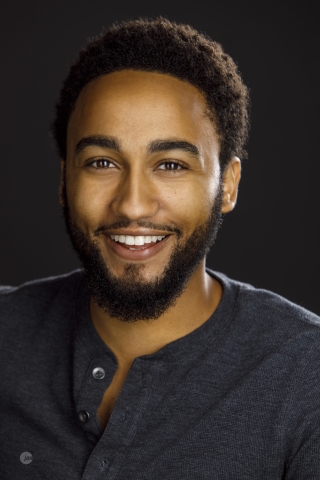 Stephen Malcolm Ruffin is a classically trained Black stage & film actor. He studied at the University of Florida on a full Honors scholarship, where he also started his professional stage career at the Hippodrome State Theatre. After graduating with a BFA in Acting and performing in several shows at the Hipp, he apprenticed for 9 months with the Atlanta Shakespeare Company. Some Atlanta stage credits since include Romeo and Lysander at Atlanta Shakes, “Omari” in “Pipeline” at Horizon and originating the role of Bowzie Brandon in “Too Heavy For Your Pocket” at Alliance. He's also worked consistently in TV, film and commercial over the last decade. Some recent credits include recurring roles on "Snowfall", "Terror Lake Drive", and “Love Is”, as well as supporting roles in SXSW 2018 premiere “Summer 03”, Sundance 2020 premiere “Beast Beast”, and Disney's “Safety”.