Film I: The Foundation 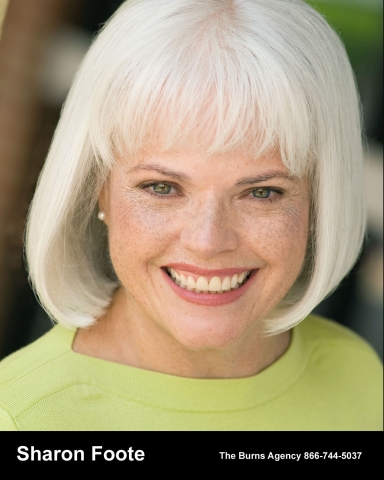 Sharon is a member of SAG/AFTRA/AEA and has extensive acting experience in New York, Los Angeles and the Southeast. Her experience includes professional theater, television and film as well as TV commercials, soap operas and voice-over.  Some of her credits include Susan Aronson on One Life to Live and Sally on Texas.  She has performed in movies for ABC, MTM Productions and Warner Brothers to name a few.   In addition to being the lead teacher for the film and television classes with the Alliance Theatre, Sharon coaches many celebrities for acting and hosting.  Her clients have included Rickey Smiley, several members of the cast for The Real Housewives of Atlanta and football players Dorsey Levins and Ed Hartwell.  She was also an associate casting director for several films including the Academy Award winning movie Driving Miss Daisy as well as an award winning professor of Speech Communications and Drama.  She is the founder and principal instructor for Foote Communications. Sharon has directed 12 Murder Mystery Dinner Theatre shows through Clayton State University's Continuing Education Program for the Atlanta community. She also proudly served 4 years as a volunteer for the USO.