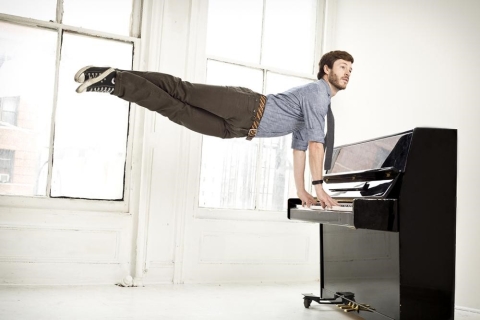 Born in Tacoma, WA, raised in Marietta, GA, trained at The University of Michigan in Ann Arbor, and vetted in New York City, Cary has been singing and dancing his way across the country, as well as through the Broadway scene for over sixteen years. After performing with the original Broadway cast of Memphis (which grabbed four TONY awards including best musical), Cary set out on national tour where he played Tony in West Side Story, before returning to New York to be a part of the original companies of Big Fish, Honeymoon In Vegas, Dames At Sea, and A Bronx Tale. He was also a replacement in the Broadway company of Wicked. Various regional theaters include The Alliance Theater in Atlanta, GEVA Theater in Rochester, NY, North Shore Music Theatre in Massachusetts, The St. Louis MUNY, The Pittsburgh Civic Light Opera, Music Theatre Wichita, and Hartford Stage. An avid teacher, musician, writer, dancer, and Yogi, learning all he can from his chihuahua Massimo and inimitable wife Mary Michael, Cary’s love of the performing arts has inspired him to play for a living, and love growing through expression and education.