Musical Theater I: Acting through Song 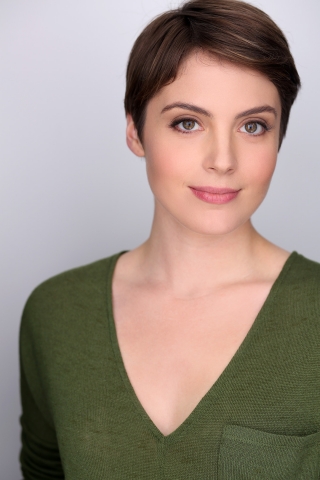 Mary Michael is an Atlanta based performer, director/choreographer, and educator. As a performer she has been seen as Christine Daaé in The Phantom of the Opera on Broadway, Liesl in The Sound of Music at Carnegie Hall, Meg Giry in the First National Tour of Love Never Dies, Hope in the Broadway revival of Anything Goes, Marianne in the World Premiere of Sense and Sensibility at the Denver Center, Kathy Seldon in Singin’ in the Rain at Chicago’s Marriott Theatre, and over a dozen regional productions at the St. Louis MUNY, Pittsburgh CLO, Asolo Rep, Syracuse Stage, Music Theatre of Wichita, and Casa Mañana Theatre. She has been featured in concert work at Lincoln Center, and as a lead vocalist with the American Pops Orchestra in Washington D.C. As a director, her work includes Between the Folds at The Green Room 42, Oklahoma! and Footloose at Pioneer Theatre Guild, Pied Piper, and The Old Lady Who Swallowed a Fly at Arena Stage, A Very Silly Vaudeville at The Broward Center for the Performing Arts, and as the Assistant to the Supervisor on the Broadway production of The Phantom of the Opera. Mary Michael holds a BFA in Musical Theatre from the University of Michigan, and is a certified Pilates and Restorative Yoga instructor. www.marymichaelpatterson.com